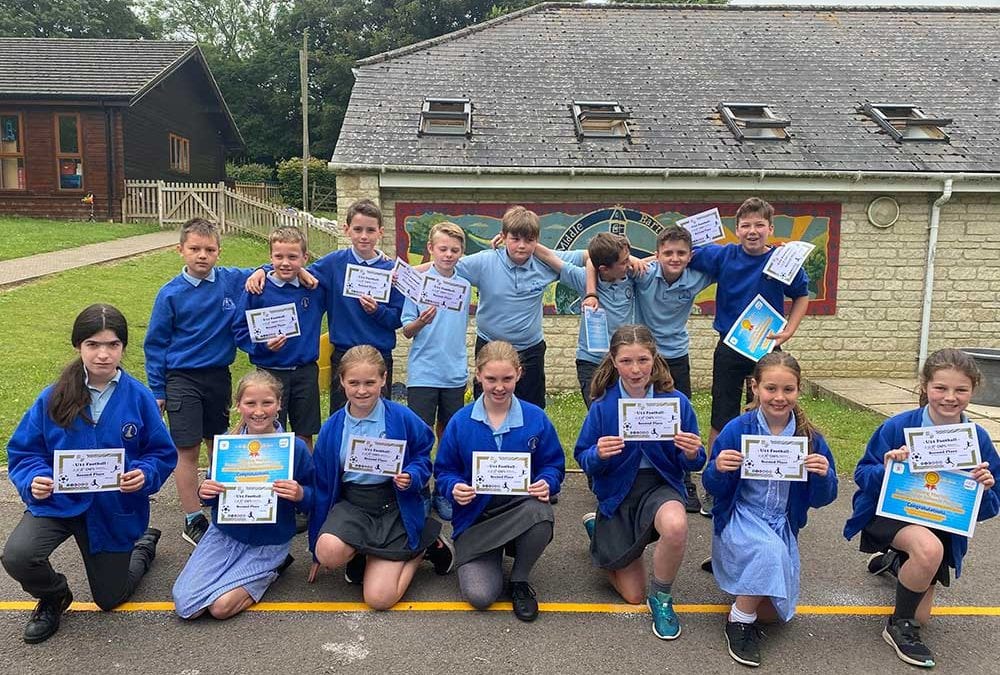 On Wednesday 23 June, 4 schools were invited to go to a Chipping Norton school football tournament for the chance to win a trophy.  We took 2 teams of 8 to the tournament, we took boys’ and girls’ team; the boys’ team consisted of Jamie, Morgan, Leo, Olly H, Aaron, Zac, Ollie W and Oscar H.  The girls’ team consisted of Holly, Olivia, Hannah, Summer, Izzy, Modge, Lily W and Ellie N.  The girls’ team played the first 10 minutes and the boys’ played the other 10 minutes, the first game was against Great Tew, the scored for the girls was 0-0 and the score for the boys was 4-1 to Middle Barton.